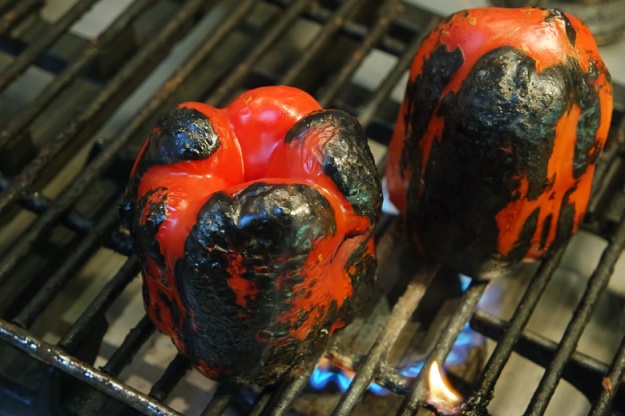 The other morning the Oldest and the Son were having breakfast and the subject of cereal came up. Or perhaps I should tell it like it is. They were arguing over who owns the cereal.

The Son, being the most voracious of cereal eaters, thinks it’s his, and he – not completely magnanimously – shares it out with his sisters. On this particular morning, he was outraged that the Oldest, rather than having her cereal in a bowl, was cherry-picking the chocolate Shreddies out of the cereal bin and popping them into her mouth.

I have only myself to blame. I stopped buying chocolate cereal or in fact any cereal that was too likeable, because rather than having a sensible bowl or two in the morning, the kids hoovered up the whole sugary lot in one go and then, like snakes, spent the rest of the day digesting it and eating nothing else. In an effort to get some proper food in them, I opted for the less kid-oriented cereals. But a couple of weeks ago, something in me softened, and I started mixing the chocolate Shreddies with a higher proportion of the regular, not-too-sugary kind. I guess no good deed goes unpunished, and thus breakfast became a battleground.

Luckily, The Author and I could escape. We had to go up to London for an overnight trip to do a little research for a project I’ve got coming up, and to meet with his agents for a wonderful meal with lots of chatter, laughter and wine, and to generally mooch around, soak up the city vibe, and pretend to be childless.

One thing we did see was a café that – I’m assuming in a nod to Jack the Ripper, a past resident of the area – is named The Cereal Killer Café.

And what does the Cereal Killer Café sell to its hipster clientele? It sells bowls of sugary cereal that will “give you the real sugar rush feeling you had when you were a kid”.  Maybe because The Author and I are not kids, nor are we hipsters, but we are in fact squarely in middle age, we are a little forgetful. “Aw,” we said, “We should bring the Son here, he’d love it.”

Will we never learn?

The hipster scene is full of – besides cereal and caffeine – some great food, and big and bold seems to be the preferred profile. I’m not sure I could really whole-heartedly dig  into a kimchi and Stilton sandwich, but I’m glad to know it exists as the special of the month at the Ace Hotel.  Back in Devon, I’ll get my bold flavours where I can, and that means whizzing up some local chilies into a powerful harissa.

There are many versions of harissa, varying from region to region and household to household. Not every version of harissa calls for roasted red peppers, but I like to add them; the resulting paste is still potent but not so full-on that it deters the kids (assuming they’re not too full of cereal).

You can use harissa for all sorts of things. I like it with roasted potatoes, or in a toasted cheese sandwich, or swirled into cauliflower soup. It’s great mixed with mayonnaise and chicken for a chicken salad with a kick, or you could blend it with cream cheese for a fantastic dip. The other night, I made roasted chicken with harissa, and just before serving it, I drizzled over a little pickled rose petal syrup. It may sound as odd as kimchi and Stilton, but I can vouch that it was indeed a delicious taste sensation, and if you have any pickled rose petals hanging around, it’s worth a try. 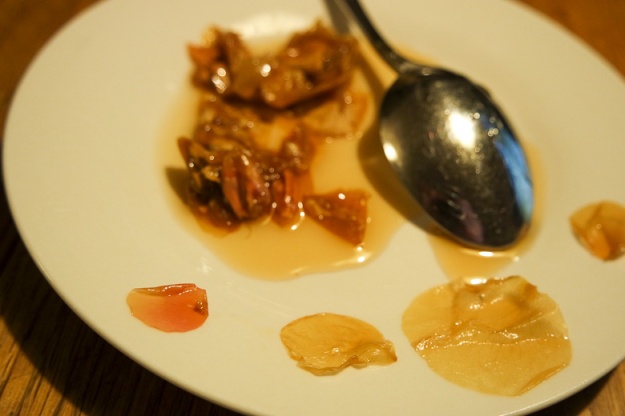 These are the pickled rose petals that I made last year. The syrup is divine – rosy, sweet and vinegary, it’s a perfect foil for the harissa.

This recipe is adapted from a recipe over on The Kitchn website.

*If you’re using dried chilies, put them in a heatproof bowl and cover with boiling water. Let stand for 30 minutes, then drain.

The first thing to do is to roast the peppers. When I do this, I start by putting the grate from our barbecue on the stove. This creates a sturdy, flame-proof surface that keeps the peppers just above the fire and makes it easy to move them to any position easily. (Before you ask, the reason I don’t use the barbecue is that it’s charcoal-fueled and requires too much time, effort and charcoal to roast just two peppers!) All you need to do is keep the peppers over the flame until the skin turns black, then use long-handled tongs if you have them to turn the peppers over. Continue in this way until the peppers are uniformly blackened. (If you don’t have a gas stove or barbecue, you can put the whole peppers on a baking sheet and roast them in a 200C (400F) oven; turn them over occasionally and cook them until they have darkened and slumped.) Whatever method you choose, put the roasted peppers in a bowl and cover the bowl with cling film or a plate. 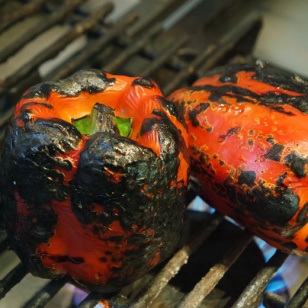 Get some colour on the peppers. 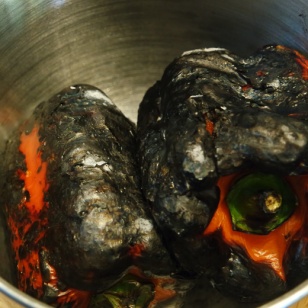 Put the roasted peppers in a heatproof bowl and cover with cling film or a plate.

After 20 minutes, the skin rubs right off. 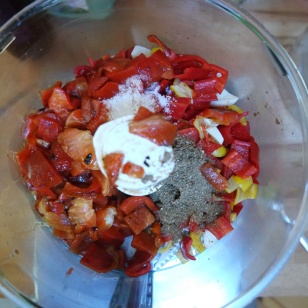 Into the food processor with everything else.

After about 20 minutes, when the peppers are cool, you should be able to rub the blackened skin away with your fingers. If there are any stubborn bits, you can try scraping them off with the back of a spoon. Don’t worry if you don’t get every bit of skin off; the main thing at this point is to resist the temptation to run the peppers under water – you would be washing off so much good flavour!  However, it does help to rinse your hands every so often during this process. Once the skin is removed, pull the stem out and pour out the seeds and accumulated liquid. Then rough chop the peppers and set them aside. 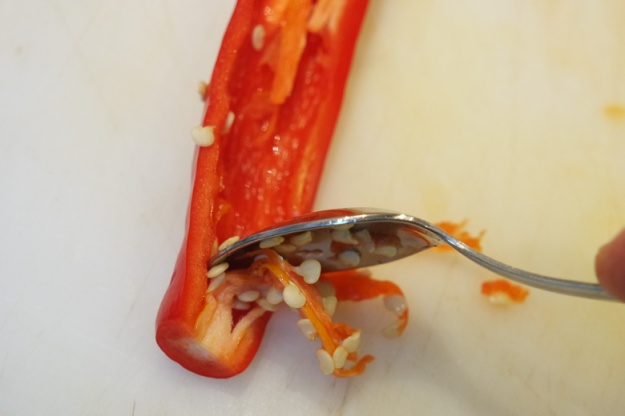 Scraping the chili with a spoon is an easy way to get rid of the membrane (the hottest bit) and the seeds (the second hottest bit).

Cut off and discard the stems of the chilies, then slice down the centre of each chili and remove the seeds. Rough-chop the chilies and add them to the food processor, along with the red peppers, spices, garlic, and salt. With the food processor running, slowly drizzle in the olive oil and process to form a paste. If you have made harissa before, you will note that this version is much looser and more wet. That’s because of the peppers, and it’s all good, just a little bit less spicy. Taste and adjust the seasoning if necessary.

You can use the harissa now, or save it for another day. It should keep in the fridge for about a month, with a layer of olive oil over the surface. 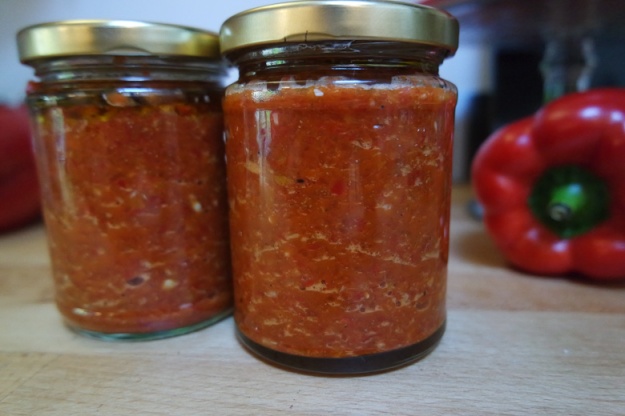